Vlašić is a mountain in central Bosnia, close to the town of Travnik. Its importance in beautiful Bosnia and Herzegovina highlights the role of skiing place, the kingdom of nature and the production of cheese. Travnik is also a place worth visiting with its soul of ancient times and fortress illuminating it. I missed the chance to visit Vlašić during autumn with mountaineering club which included Travnik so I will have to repeat that chance. This chance I repeated in the beginning of december 2018. when I explored numerous fantastic views with the mountaineering club. The reason for first visit of Vlašić was the opening of the winter season through the event named Shankanje, colourful collection of fun and the concert of my favourite band. Pop concert on the beautiful mountain was the enticing experience. Sankanje in croatian means sledding. What to see and do

Babanovac is like ski-center the welcoming arrival point, from here the buses to and from Travnik are available. Travnik is only 22 km away. As I haven’t been to skiing place long time, it was indeed surprising to see a resort like this and it was even more surprising to see how developed it is. It’s like a little town having the shop, bakery, the sport equipement store. There are also many, many hotels, villas and private apartments, even the disco clubs. I specially like Vlašićka koliba (Vlašić cottage), a restaurant with hotel rooms above. The open fire place with the sitting wall down there is an opportunity not to be missed as you can watch by the way of life here. Babanovac is a busy place full of people coming for skiing, sledding, for nature escape in their own cottage. Just around the corner there’s very one proudly ski jump which is not in use, around the other corner skiing place which includes night skiing as well. Baby-ski lift is what it’s called though not because of babies. I was so very glad to see one skiing place so alive and I was even more glad to see this one in Bosnia. The motor bobsled contributed to this merry experience.

Shankanje is an event that exists already from 2010. celebrating the opening of ski season with the beginning of winter. Two days bring the concerts of popular music groups (in the big tent), free beans and other snack plus tea and coffe at the opening afternoon, some games and the programme for children (gifts included!). Local craftsmen with the panorama of their products are also there.

Vlašić tea is a popular speciality in Bosnia and can be found in various shapes. Just to mention some of the ingredients: thymian, mentha, elder, hibiscus, origano, marshmallow, blackberry. How many of you like the teas like this?

Many different plants decorate this mountain, including the rare ones. Near Babanovac, at Eko-fis colony I found some interesting info about rosa brandisia. It’s an endem kind of rosa without thorns which actually appear after planting it. This rosa is discovered and named by the botanist Erich von Brandis.

Some of the restaurants have their own musical evenings. I’m so lucky to be bathed with Sun while there, the feeling was like being on the seaside beside the plenty of snow.

Eko-Fis tourist colony is where I was accomodated though a bit far away from the central place, it is very peaceful and captivating place. The rooms are like little appartments with the nice kitchen and underfloor heating. There are many activities within the Eco-Fis colony from paintball, swimming pool (which was closed), sauna, adrenaline park, little zoo and the lakes. Also many sport facilities are being held. A pleasant walk here is undoubtful.

The highest peak is Paljenik with its 1943 m. The tv tower makes it even more higher.

There are many mountain huts on Vlašić, one of the most popular is situated near the rocks Paklarske stijene. These rocks are grandiouse, an unusal place for mountain hut. The mountain hus is a pleasant place with the rooms spreading across two floors and the bunk beds. Within one hour of walk theer’s one other mountaineering hut „Devečani“ in the property of another mountaineering club. Enjoyment that has to be explored to 100% is something only mountain can bring. Vlašić is one special mountain that can take you in a fairy-tale. Not only in winter, Vlašić has to be explored on all levels for the lovers of this kind.

The view point Snježna Gospa (Snow Lady) shines from the distance with its arbor at the protruding rock. The fantastic view of almost entire Bosnia is worth of coming as well as the arbor with the signboards towards the various places. It’s situated only one hour walk through the forrest from the mountain hut at Paklarske stijene.

The river Ugar is the most known among the many rivers on Vlašić. Under Babanovac its spring and canyon can be taken into consideration. Do not miss the waterfalls!

There are many other things to be seen on Vlašić but I can speak it properly after I’ll see it. First I have to take in account these basical wonders. Travnik will have to be included. 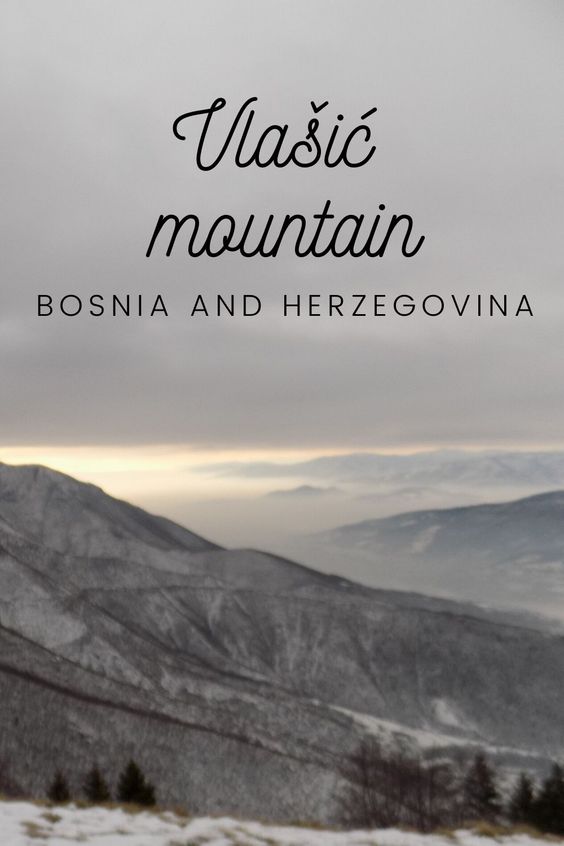 Previous Post: « Lipik, enchantment of a small town with the termal springs
Next Post: With the dreams till the end of the world »

14.11.2022. Tropical destinations have something insanely attractive. It happens specially during the winter time to the other parts of the world (read- Europe and North America). South-East Asia has always been my favourite, it’s a deep call to come back home. After visiting Mexico, I always dream to return. Mexico blew my mind with beautiful […]