Italian lakes, what do you think about when it’s mentioned? Lago Maggiore, the name says it all- it’s the biggest one. Though it’s so large, the main focus stays within few places: Stressa, Verbania and Bortolomean islands. The lake will not disappoint anyone and I was even surprised how beautiful and clear can be the photos of flowers in the rainy time, even more when it’s sunny. I’ve even got a compliment at instagram about having „the most beautiful petals they saw“. Easily reachable by train this place is known as the major attraction of the lake. Stressa is nice but not so extraordinary, I would even say that Verbania looks much nicer and special, even with the larger selection of offer. The ancient magnolia at the local park with its largeness is a special tree.

Except Borromean islands, close to Stressa is Villa Palavicino with its huge park and the zoo with the rare animals and the beautiful lines of flowers. It’s only open from March to October. Once in the long past it was a private residence and now holds the centuries old trees.
Few kilometres from Stressa is placed a cable car which leads to the Mount Mottarone (1491 m)  and the incredible views which include even the seven lakes: Lake Maggiore, Lake Orta, Lake Mergozzo, Lake Varese, Lake Comabbio, Lake Monate and Lake Biandronno. The return ticket is 19 e. The fact is even more incredible when you find out that the Alpine gardens add its charm with just 300 m from the cable car station. Ticket to this ancient garden from 1934. is 4 e.

Rocca di Angera is also reachable by the ferry in all- around trip, holds an ancient castle, Museum of Dolls and Toys with more than 1000 pieces and magnifiscient position at the rock. Medieval garden stands proudly with medicinal plants and ornamental plants. Even the Mount of Ghiffa can be walked from Intra within the distance of 1,45 min, the UNESCO World Heritage site and Roman Catholic complex as well as the beautiful vi sa ews over the lake.

Intra is a charmant little fraction of Verbania located between two rivers, San Bernardino and the San Giovanni and thus comes the name (lat. Intra fiumina or between the rivers).

Verbania Pallanza is the last point of the train station at Lago Maggiore. Pallanza itself is maybe the most eye-capturing place at the Lake with its subtle promenade, historically decorated buildings and palaces like Dugnani which is an art hive. It even happens the Flower parade at Verbania Pallanza during September (the first Sunday) all the way from 1909. What a surprise! Villa Taranto adds to the reachness of the area with its 20 000 plants. Though it was supposed to be The Days of Tulips while I was there, no lack of tulips was found. Between the masterpieces of flowers the special place hold magnolia, rhododendrons, camelia, dahlias- all are shaped in the hilly landscape between the ponds. Every season holds the special exhibition. Entrance fee is 11 e.

The ferry goes from Verbania Intra/Pallanza or from Stressa stopping in all the places around the lake: Intra, Pallanza, Villa Taranto, Isola Madre, Isola Bella, Isola Superiore, Stressa, Pallavicino and Rocca di Angera. Price for the all-around trip is 20 e.

The name comes from Borromeo family which holds the herritage from 16th century till today.

Isola Madre is like little piece of extra-terrestial land with its majestic gardens, the largest of islands. Rare botanical species together with peacocks of all colours make it a perfect composition. Gardens are the large mundane mosaics where interwine Africa walk, Camelia Field (with 150 varieties, the oldest ones in Europe), Taxodium tree with its ancient large roots, Parrot  Square, Palm trees walk, the cypress of Kasmir. Protection of the Palace holds various collection of porculain, the puppets and marionettes. Isola Bella is what you see upon representatives in the world of laggo Maggiore. Few street vendors will welcome you after a short walk to the Palace of Borromeo. The place is indeed majestic with various paintings upon the rooms of Queens and Napoleon, even more majestic with marble grottos in the lower floor. Wanderings of the house seem not to be able to enter the gardens until one moment you’re just there like in some novel. Its baroque garden together with sculpture complex shaped in the pyramide marvel in the face of lemons, roses, rhododendrons and camelias. The ancient elegance reigns beautiful Lago Maggiore and its islands. I knew it holds magnificient islands and pieces of botanical art, but I didn’t know it’s such a richness of gardens, wisdom and beauty.

Pin it for later: 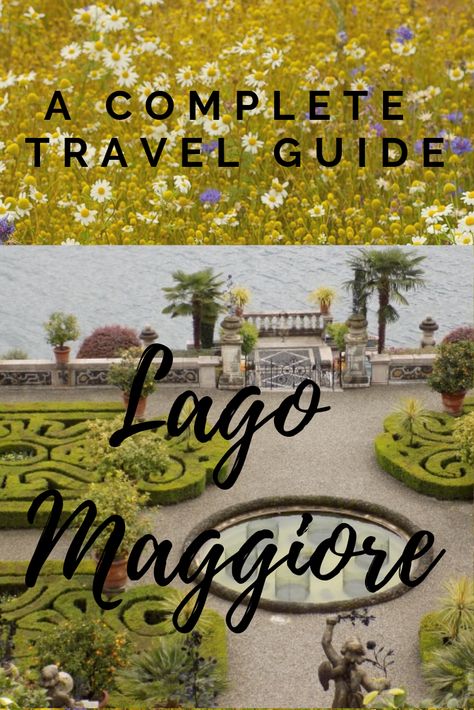 07.11.2022. The abundant treasure of pretty places and views- that’s the lake Como. More than that, it’s the surprising hank of mountainous paths. Does the glamour take the first place here? Lake Como magically unites all kind of tastes and takes to the throne its pure beauty of nature. As it’s so charming, Lake Como […]